Eazy Bob Wizzy – Who Is Eazy?

Album Title: Who Is Eazy?

How do you introduce yourself when you don’t know who you are? Knowing oneself is deeper than knowing how best you prefer your eggs, scrambled, boiled or raw. You’ve got to find yourself to know yourself.

Finding yourself has to do with the knowledge of where you’re from, why you’re on earth and where you’re going. Once you’ve cracked all three all you need to do is keep moving till your work on earth is complete.

Life is a journey of self-discovery, it is an adventure and like every adventure there are lots of hurdles, distractions and diversions that tend to delay or stop you from getting to your final destination. These troubles can either make or break you but you get to decide. You don’t have to stop, all you need to do is kill ’em all and keep moving.

On his debut album, Eazy Bob Wizzy is on a journey of self-discovery, a journey to find himself. Speaking about life experiences ranging from life before Jesus and struggling to maintain a relationship with Him, experiences with friends, family, his girlfriend(s), addiction and how everything he’s been through so far has made him who he is.

Talking about the effect of procrastination on his life on “Nike.” His identity in Christ on the song “X” with a catchy hook, to a well painted picture of love between a man and a woman on “Fyn Geh” with Leo Owan, also talking about his “Desires” and how Imperfect he is on “Imperfect E!” and to top it off by telling us how God feels about him despite his imperfections on the song “Love.”

Eazy Bob Wizzy takes us on an awesome ride with help from a few friends; Bie, Blazee, Josephine, Leo Owan, Kayleb Acid, Aiken & Sellah to name a few. Serving a handful of verses with the whole package on a combination of hard hitting beats, a little bit of raggae and some totally weird beats all produced by Eazy Bob Wizzy. 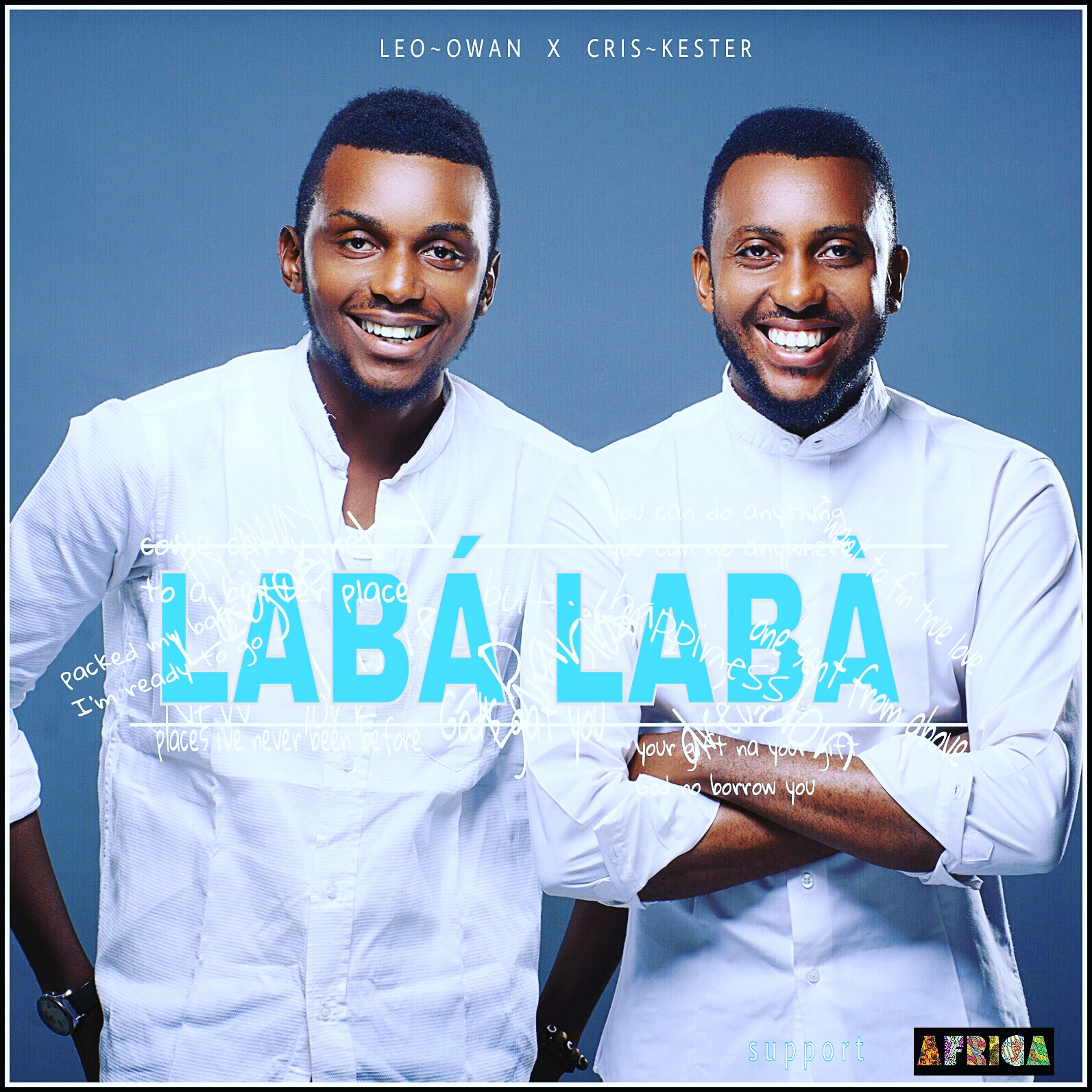 The butterfly is a beautiful creature. It has a combination of beautiful amazing colors and yes, it flies. The colors of the butterfly in this song represent life; the good times, the trials and challenges, the love, the hate and most importantly God (the Most High).

The fact that the butterfly flies, represents achievements and going/achieving greater heights in life.

In essence this song describes life, dreams and aspirations using a “Laba Laba” (“butterfly” in Yoruba, a language in Nigeria). With the beautiful colors of life you can fly around the world and achieve what ever dreams you’ve got.

This is a soothing song that will definitely give you the “feels”. The voices of Cris Kester and Leo Owan are perfectly laced with an awesome beat produced by CASTOR BRIDGE popularly known as Kossi. 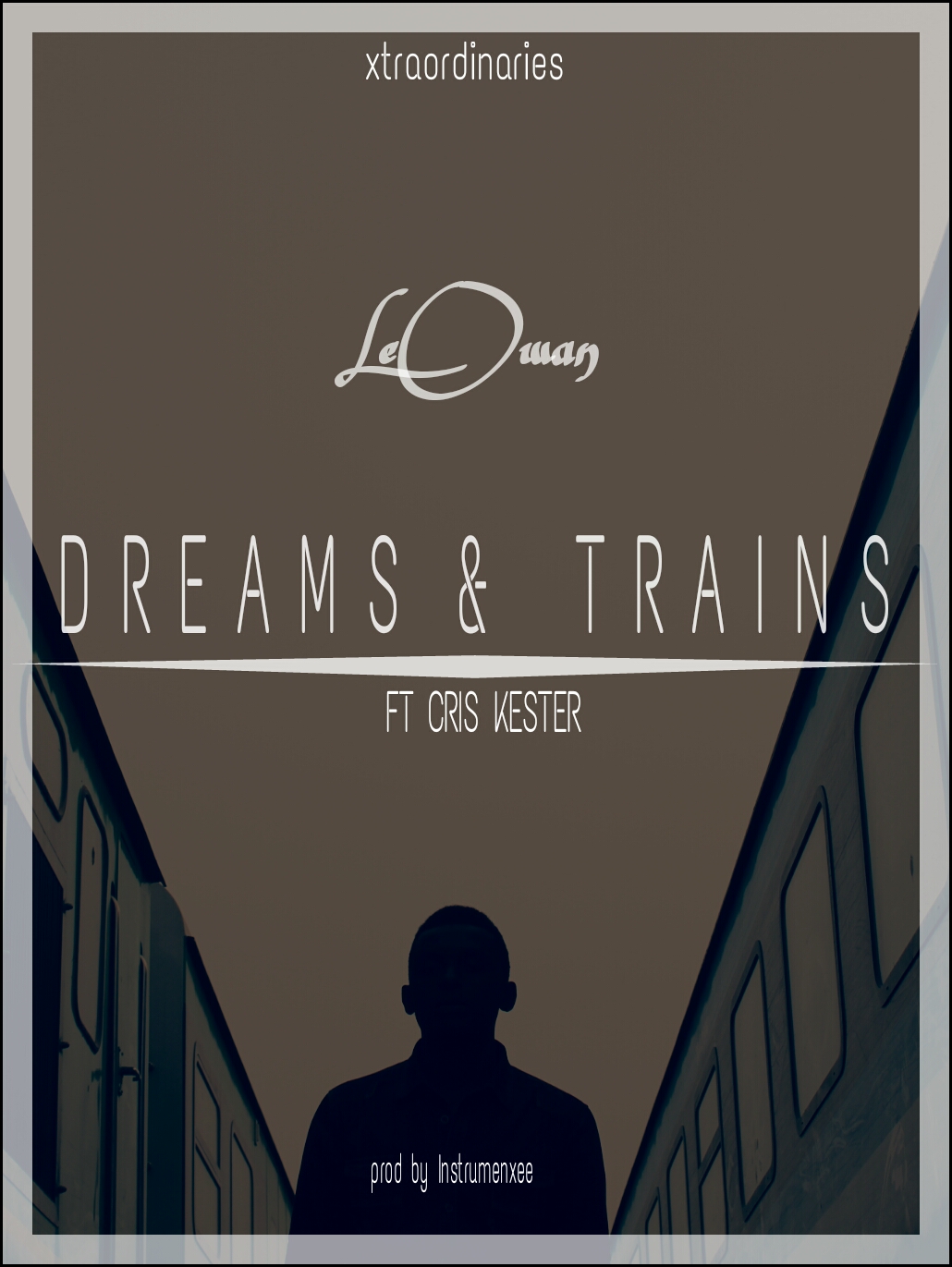 Finally the long awaited single from Leo Owan is here!

Dreams and Trains is an inspirational song that is aimed at dreamers. Encouraging them not to stop believing and trusting God in whatever situation they find themselves. Their trains might come up with faults, the tracks might get a bit to rough for the train but, God is always there and ready to assist us as we chase and live our dreams daily. Leo Owan teams up with his elder brother Cris Kester who laces a perfect verse for the song produced by Menxee.

You know, people do not know everything about you and this is because we don’t walk about with our challenges and battle scars written on our foreheads, except you want to indulge in self-pity and make it known. Or maybe you are one of those unfortunate people with physical evidence (I am so sorry about that).

But I remember, as a teenager after secondary school with no admission yet and ‘errands’ was the school I attended while my imaginations kept me busy. I remember how I didn’t want to be a liability to the loving people around me – I needed to be a man for myself and buy those ‘small small’ things by myself. So I met a friend, and we spoke about it, he introduced me to his ‘oga’ and every morning, due to the situation at hand, there weren’t any source of money because I intentionally wanted to become a man so I did not ask for money. We would wake up early, do our chores, get ready and go to the railway. Oh! Life is not fair in this part of the world, I saw old women and men, little babies and mothers , wearied and frustrated-but strong- fathers, jobless graduates and hustlers waiting, waiting for the train. That train.

It didn’t mean much to me then because, I was part of them. I was standing too and waiting.

I was waiting to run, and grab something, push someone and not care if they got hurt or got crushed (because the train waits for no one and that is how life is. Nothing waits for you. Nobody will wait for you, so if you are still waiting for a ‘ginger’ to start that great idea God has given you, just remember my brother, Terry G is doing a different song right now) …I was waiting to STAND all the way in the train, because it was already filled up with people and goods from where it came from. I was ready for all these. I was ready for that train.

Each time I did this, I said to myself ‘mehn, guy…your children will never go through this kind of wahala.’ And I would look at the faces of the people in ‘that train’ with me and wonder, ‘what’s going on in their minds? How’s life with them? What is their hope for a brighter and better future?’ I got no answers.

You see, life in general is like a ride, you know some people already started before you, some gave up along the way, some died and some reached their “DESTINY’NATION” and rested. I guess the things we go through during this ride are the road bumps, the accidents, the checkpoints (because of some situations) and the lack of fuel.

Over the years, I realized that we are all on a train to somewhere, a train that will lead us to our dreams, it doesn’t matter what you do, who you are, your background, rich or poor, we all have dreams – even if it’s just settling down and raising three kids – to some people, that’s a dream and there’s nothing wrong with that.

These dreams are the things we hope for, while the trains are ‘what we engage in’. I like to put it this way. So, I guess all those weeks of jumping on and off the train for me was – IS – a means of God telling me something, giving me an idea – a personal perspective about life, and that’s why I wrote a song titled ‘Dreams and Trains’ (yes o! Hahaha, it’s a song I wrote all these things for, forgive me).

The song is a simple song that I really love and respect, it talks about what we go through and the hope for tomorrow because of the presence of God in our lives. It encourages me and I believe it will encourage you. I have my brother Cris Kester on it, and I am sure you will love the part he says “so when we stay without food, know that we’re fasting and when things are kinda slow, know that we’re resting. “

I can’t wait to share this project with you, and I believe it will be a blessing to you for/in a very long while. It drops on the 20th of June, 2015. Save the date.

Watch my promo video below. 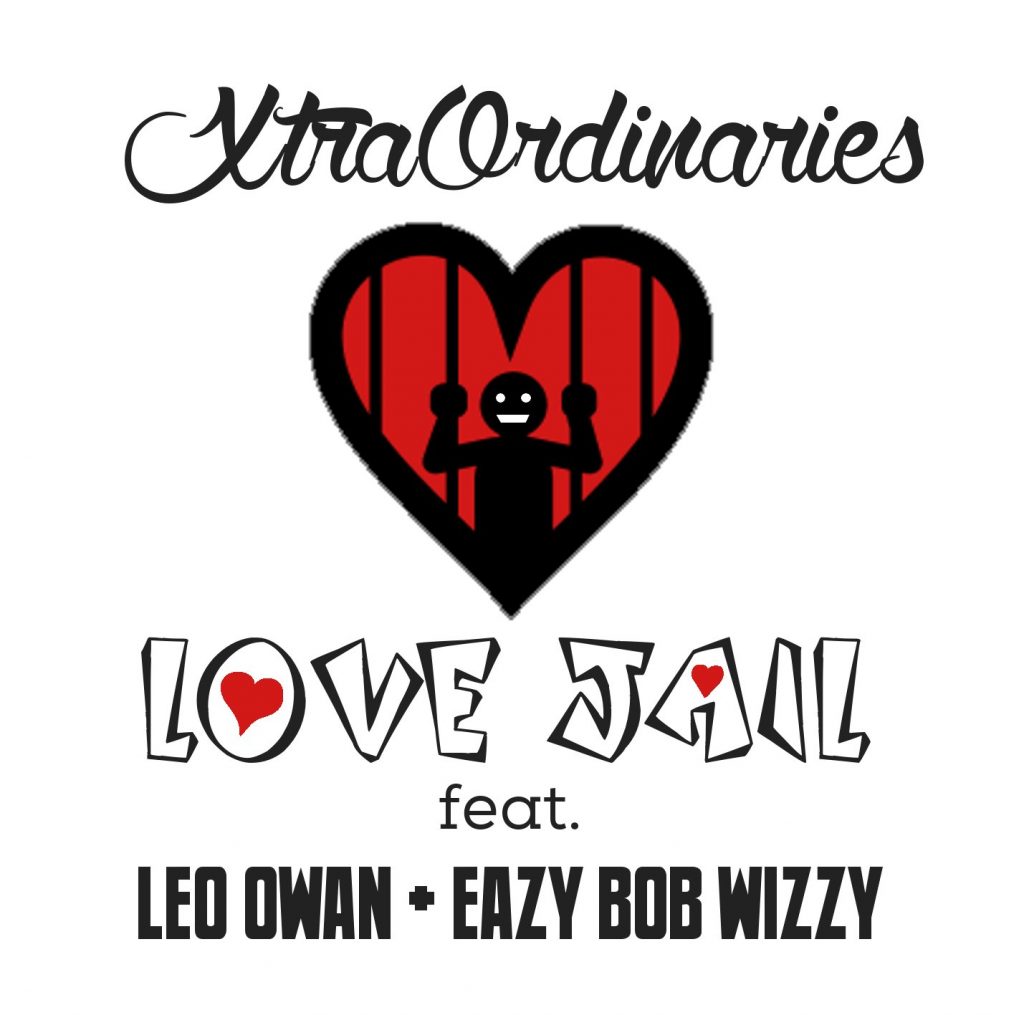 Love Jail is a song that talks about God’s love for us. It talks of how wide and strong it is, to the extent nothing can take us away from it. Our love for God cannot be compared to His love for us. Because He loves us whether we love Him back or not, His love for us is unconditional and we’re locked in it. It is the most awesome and secure prison that exists. We don’t need to do anything to be in His Love Jail, we were born in it

Produced by Eazy Bob Wizzy, Mixed and mastered at Pixcity Studios by @CkayYor. 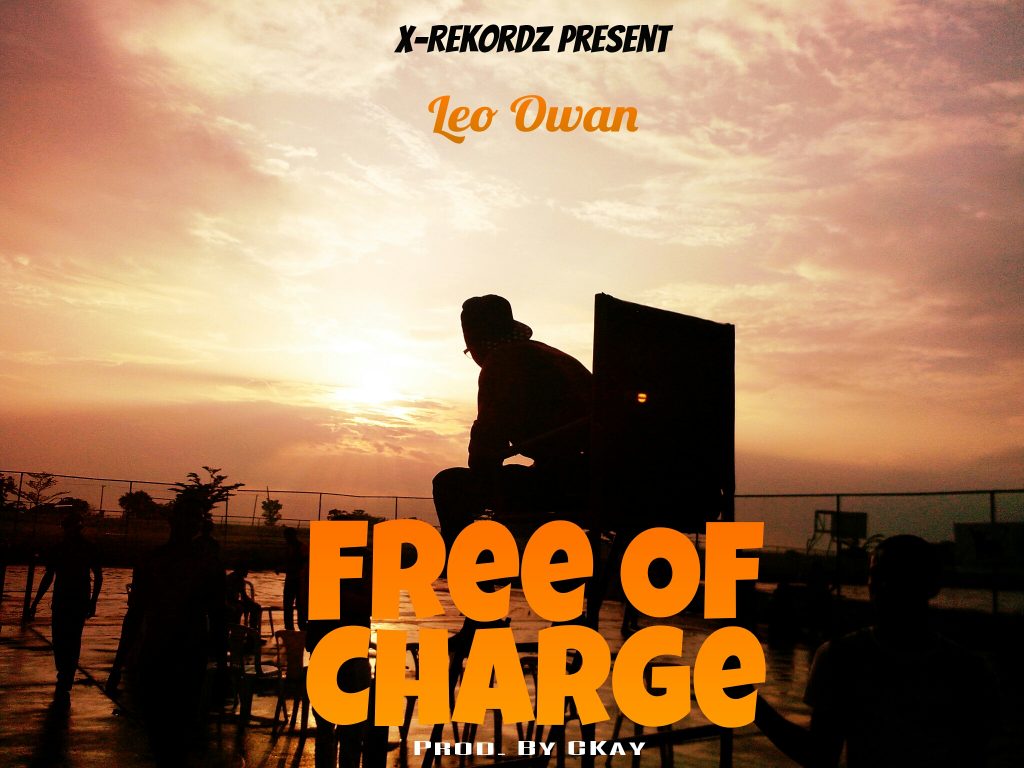 Been a while we heard stuff from Leo Owan, maybe a feature but this time he’s back with a song titled “Free of Charge”.

#FoC is a song that talks about the love of God . And the blessings it brings. It shows reasons why we should extend that love to people around us and also to God. After all, we don’t deserve God’s love. 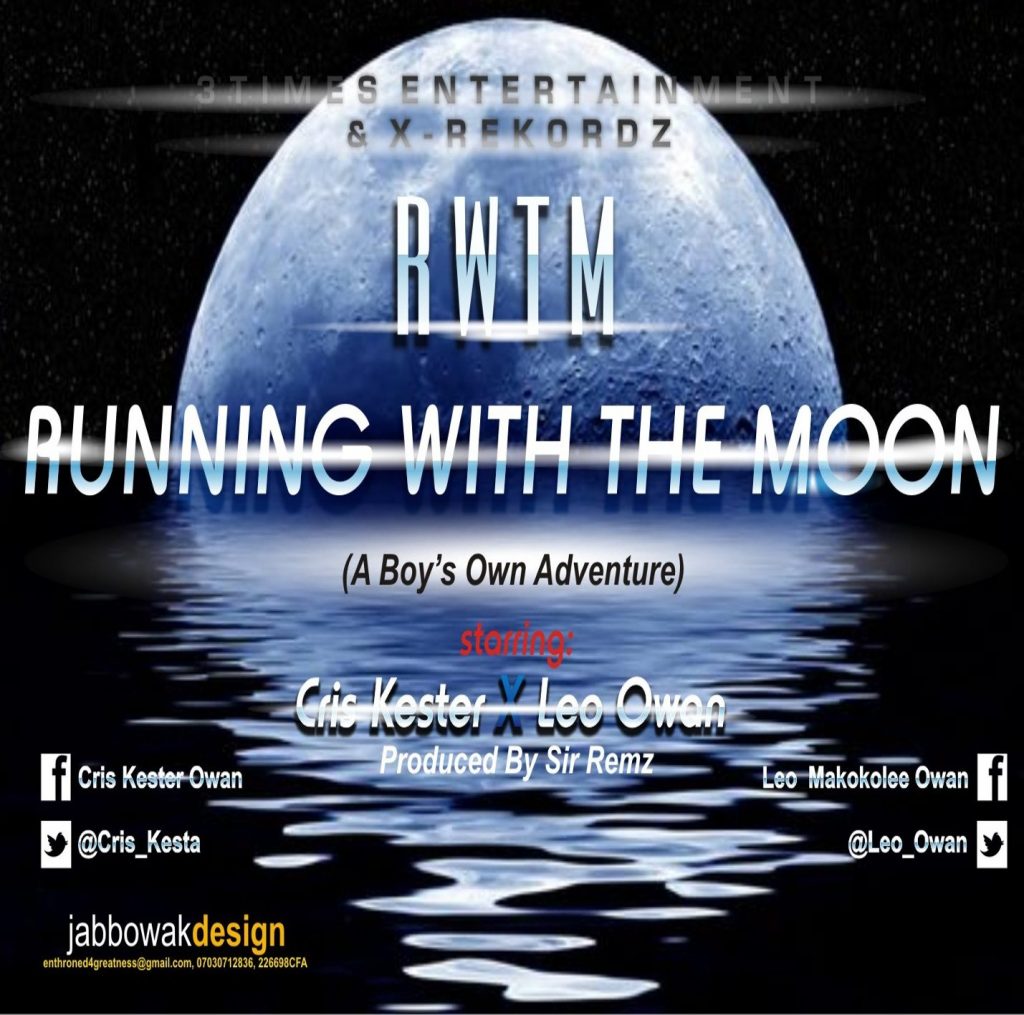 Cris Kester teams up with his kid bro (our very own), Leo Owan on this dope track. I’m sure you gon’ be left screaming #RWTM after listening to it…

Running With The Moon is a song that talks about how we as believers might face a few difficulties while spreading the gospel. But, we won’t let what they think about us, stop us from proclaiming His name wherever we are, rather we’ll go into the world with the moon (the Gospel) and illuminate the darkness… 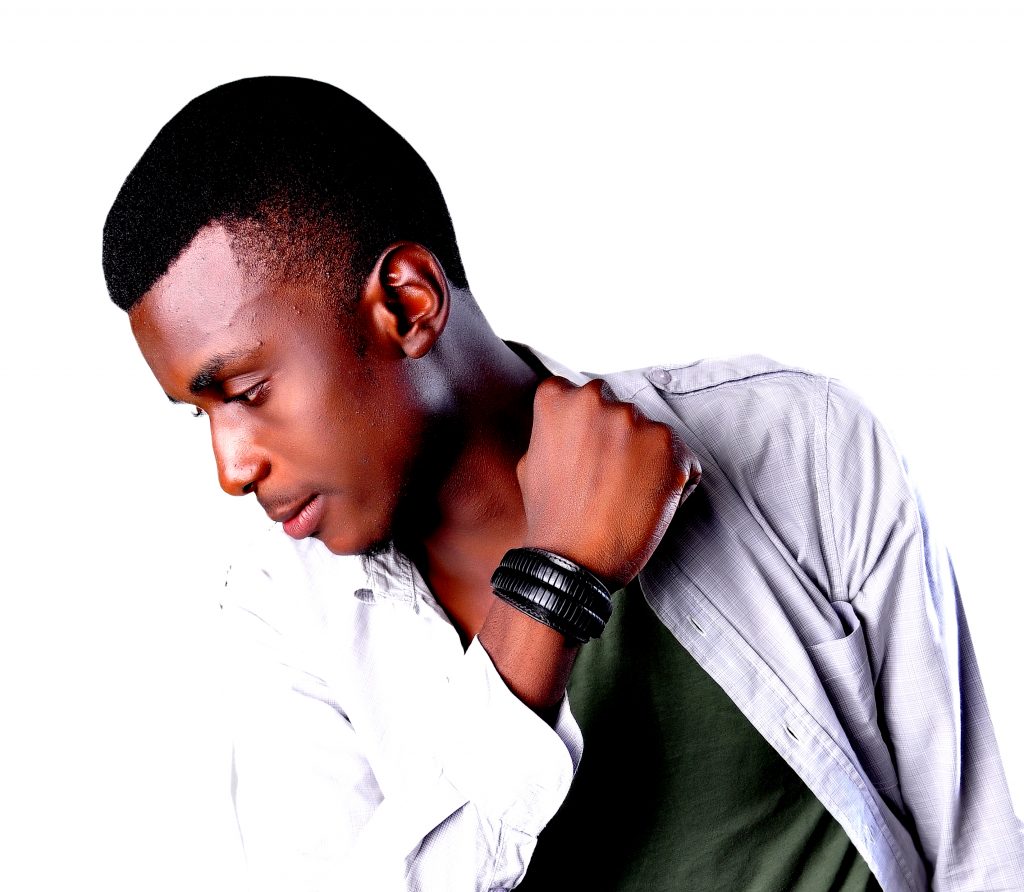 On the 2nd of January, we added a new artiste who has been on our watch list for quite sometime, to our roster.

Leo Owan is a versatile musician/artiste who started music at the age of four. He is the last child out of five, and he hails from Cross River, Boki LGA to be precise. He was born in Abuja, but currently resides in Kaduna State and schools in Benue State, Makurdi.

Leo Owan currently has a single titled YES! And would be released on the 10th of January, 2014. Anticipate greatness…